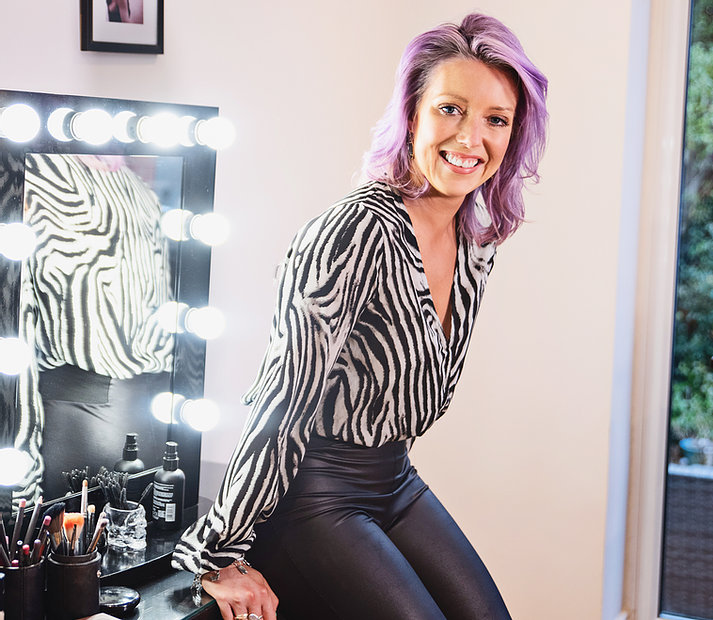 For over a decade Camilla has gained a wealth of experience from working on various projects; from short films, music videos, features, and commercials to beauty, editorials, and fashion events.

Over the years Camilla has been featured in publications such as local newspapers, industry-related editorials, and women’s glossy magazines.  She has received recognition, nominations and won awards for her work.  She won the hitched.co.uk 2012 Breakthrough award in Hair and Makeup Styling and she was selected as a national finalist for the Professional Beauty Awards 2018 as Best Make-Up Artist as well as being selected as a regional finalist for the South East of England in The Wedding Industry Awards 2019.

Words cannot fairly express how wonderful Camilla is. Having to plan a marriage in Covid times wasn’t easy & I honestly think without her I wouldn’t have been able to do it. Not only is she truly gifted at what she does- I mean out of this world amazing (everyone commented on my make up & hair) but she went above & beyond to help me – showing such kindness & support that I will forever be grateful for.

There are a few people in life who just truly shine & Camilla is without a doubt one of them. I highly recommend her for not only her amazing skills but her warm, kind & supportive manner. She really helped me to feel beautiful both inside & out.

Camilla did my hair and make up on my wedding day, she was excellent! I loved how calm and collective she was and didn’t rush anything.
We didn’t get to do the trial, so I told her exactly what I wanted and showed her some photos, and the final result was better than what I expected. Thank you Camilla for making me feel so pretty on my big day!!!
I highly recommend Camilla, if you are looking for someone to do your hair/makeup for any special occasion I wouldn’t look elsewhere.

I had an amazing time at my 1-1 make-up and hair tutorial. Camilla is so lovely, showed me how to put make-up on specifically for my face (contouring, different shades of products, eyebrows, eye shadows eyeliner, highlighter, etc.), let me try it myself and guided me through it so that I can do it on my own later.
We also tried a couple of hairstyles and Camille recommended some products that I was interested in.
I’m super happy with my tutorial, once Halloween is back on I will come for some epic makeover.

Camilla is not your average wedding hairdresser – she is exceptional. I was immediately comfortable in her company, and her experience and passion was obvious from the outset. On my wedding day she was calm, professional and friendly. She goes above and beyond what you expect – for example fixing mistakes made by other hairdressers on the day (mother of the bride). My hair looked perfect, and stayed in place all day and night.