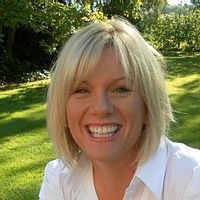 Andrea is a freelance hair and makeup artist based in Kent, and works all the surrounding areas including London and the Midlands. She has a long-established career as a hairstylist and graduated from Greasepaint makeup school, London in 2009.

Her career has been varied and interesting, with a large portfolio of private clients, fashion shoots, music videos, and various TV productions for both BBC and ITV, including Over the Rainbow, Take me out, Strictly, it takes two, All-star family fortunes and many more.

Andrea has also worked with numerous brides over the years, and loves to help each and every one feel and look beautiful on their special day, she feels it so important to talk to and get to know the bride and this, in turn, helps her achieve the look they’ve always dreamed of.

She is equally at home styling a celebrity or a beautiful bride. Andrea is happy to travel whenever the job takes her, she has a large comprehensive kit stocked with high-end products which will last until the dancing stops. She is also happy to airbrush if you prefer.

For over a decade Camilla has gained a wealth of experience from working on various projects; from short films, music videos, features, and commercials to beauty, editorials, and fashion events.

Over the years Camilla has been featured in publications such as local newspapers, industry-related editorials, and women’s glossy magazines.  She has received recognition, nominations and won awards for her work.  She won the hitched.co.uk 2012 Breakthrough award in Hair and Makeup Styling and she was selected as a national finalist for the Professional Beauty Awards 2018 as Best Make-Up Artist as well as being selected as a regional finalist for the South East of England in The Wedding Industry Awards 2019.

Thank you so much for helping us on the morning of Cecilia’s wedding. My girls looked gorgeous and my hair looked good all day long. It was the most wonderful day. Everything went smoothly. Thank you for all your help and being a calming influence in our kitchen.

Andrea was a dream to work with. She was friendly, energetic and above all, puts you at ease on the morning of your wedding. I would recommend any bride to her as she did a stunning job and really listened to what I wanted.

Firstly I just wanted to say thank you so so much for yesterday. You pulled it off amazingly under so much pressure and kept calm and relaxed which was exactly what I needed. Apart from that, you made me look like a million dollars and Paul cried when I walked down the aisle as he said I have never looked so beautiful!

This website uses cookies to improve your experience while you navigate through the website. Out of these, the cookies that are categorized as necessary are stored on your browser as they are essential for the working of basic functionalities of the website. We also use third-party cookies that help us analyze and understand how you use this website. These cookies will be stored in your browser only with your consent. You also have the option to opt-out of these cookies. But opting out of some of these cookies may affect your browsing experience.
Necessary Always Enabled

Performance cookies are used to understand and analyze the key performance indexes of the website which helps in delivering a better user experience for the visitors.

Analytical cookies are used to understand how visitors interact with the website. These cookies help provide information on metrics the number of visitors, bounce rate, traffic source, etc.

Advertisement cookies are used to provide visitors with relevant ads and marketing campaigns. These cookies track visitors across websites and collect information to provide customized ads.

Other uncategorized cookies are those that are being analyzed and have not been classified into a category as yet.