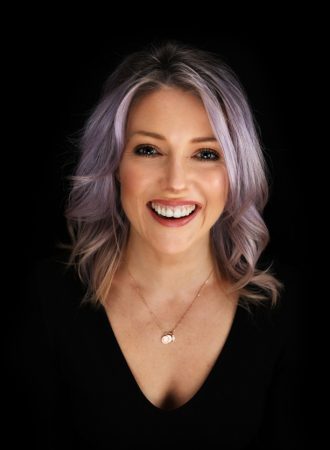 For over a decade Camilla has gained a wealth of experience from working on various projects; from short films, music videos, features, and commercials to beauty, editorials and fashion events.

Over the years Camilla has received recognition, nominations and won awards for her work.  She won the hitched.co.uk 2012 Breakthrough award in Hair and Makeup Styling and more recently she was selected as a national finalist for the Professional Beauty Awards 2018 as Best Make-Up Artist as well as being selected as a regional finalist for the South East of England in The Wedding Industry Awards 2019.

Camilla has been featured in publications such as local newspapers, industry-related editorials and women’s glossy magazines.

With a rise in demand for her skills, Camilla formed a fantastic team of talented and reliable hairstylists and makeup artists, with whom she has worked closely with over the years, to look allow the CJC brand to look after and give more people the friendly and professional 5-star treatment that she believes everyone deserves.

Camilla had a big desire to make specialist creative makeup artistry skills accessible to everyone and not just for Film and TV clients; and so in 2014 Camila created CJC Creatives which provides a theatrical and artistic makeup artistry service for private and corporate events as well as PR, Marketing Campaigns and Brand Activation. Due to the huge success of the party entertainment services that were initially part of CJC Creatives, she branched the in event party services to form Glitter & Glo in 2017 which provides a roaming entertainment feature of creative glitter embellishments as well as face and body painting services for private parties and corporate events.

As Camilla’s career has developed over the last decade, her offering has also expanded to provide a more all-encompassing service focusing on the inside, as well as the outside, and working with her clients on their self-image as a whole.  Her biggest learning throughout her career is that true confidence is created from the inside, not what you put on the outside, and this is what she loves to guide people to explore and discover.

Her book, #NoFilterNeeded  – Kicking unobtainable standards to the kerb and reimagining the power within yourself will be released in February 2020 and available on Amazon.

Camilla is available for hairstyling and makeup service upon request.  Her bridal packages start at £1,200.

What my customers says

Camilla is not your average wedding hairdresser - she is exceptional. I was immediately comfortable in her company, and her experience and passion was obvious from the outset. On my wedding day she was calm, professional and friendly. She goes above and beyond what you expect - for example fixing mistakes made by other hairdressers on the day (mother of the bride). My hair looked perfect and stayed in place all day and night. I would recommend her without hesitation!

I would highly recommend Camilla and her team. She came and did wedding hair and makeup for myself and our wedding party and it was a brilliant experience. She listened carefully during the consultation to what look I was going for and both hair and makeup looked incredible on the day and were hugely complemented during the wedding. She was a pleasure during the morning of the wedding and made a potentially nerve-racking situation fun and relaxing. Thanks again Camilla, I can’t recommend you enough. Xx

Camilla is brilliant, she listened to what I wanted for myself and bridesmaids and absolutely delivered. The trial we had was a real pleasure and my actual wedding day was the most wonderful experience ever, Camilla totally made me feel and look exactly like the bride I wanted to be. Along with Katy, Camilla even managed to please all my bridesmaids- which can be a tough thing to do. I would not hesitate to book Camilla again for her magical touch. To top it off she is such a warm and friendly person who totally puts you at ease and makes you feel like the start of the show. I could not stop looking at myself

I booked Camilla to do my hair and make up for a friend’s wedding and felt a million dollars!! She was friendly, accommodating, continuously took my needs into consideration and kept asking me if I was happy or whether I wanted to change anything. I trusted her with everything and so glad I listened to her advice and suggestions!! Her communication throughout was great and I can’t wait to use her again soon!! I also asked her if she would bring her gorgeous pup Arthur with her as I’m a huge animal and dog lover which totally made my day!! Thank you Camilla and Arthur!!

Camilla, I can’t recommend you highly enough. Your professional and friendly manner immediately made me feel relaxed and in safe hands at my trial after a bad experience with another artist. As for the day itself, you were a calming influence in the general madness and my hair and make-up was just beautiful and lasted all day and night. I received so many compliments and lost count of how many people told me I looked like a 50s film star – Thank you!

Dear Camilla,
Just a note to thank you for working you hair and Make Up Magic for my wedding. I’m so happy with how it all turned out and I was so relaxed on the day knowing we were going to have fun getting ready, knowing I didn’t even have to think about how I looked because you’d take care of it and knowing there would be no stress. Best. Day. Ever. Everyone went crazy for my hair and it stayed in place until I washed it two days later – extraordinary! And I had so many compliments on looking great so the make up was a definite winner.
You did an amazing job – Just as well – there are literally thousands of photos.
Thanks or everything.

Hey Camilla,
I just wanted to say thank you so so much for doing our makeup on the day of the wedding! Everyone was so so happy with how they looked and I’m still amazed how much magic you worked on my face! :) you made it so much fun in the morning as well so thank you!
Have an amazing new year and hopefully speak soon!

Hi Camilla,
I just want to say a huge thank you for yesterday - my make up and hair looked amazing and was exactly the look I wanted. Both hair & make up stayed in place all night, despite the heat combined with some crazy Israeli dancing! I was a sweaty mess by the end and miraculously, the photos at midnight look the same as at the start! You were calm and became one of us - making the morning go by without a hitch.
I couldn’t ask for anymore. Thank you.

Camilla is a very talented hair and makeup artist, who made me and my bridal party look our best at my wedding. In fact, I loved my make up so much, I went back for a makeup tutorial to learn more about how to do it myself! Camilla is a lovely person with great imagination and ideas and a skilled professional, and I can't recommend her enough.

I wanted to give my granddaughter a special gift for her 13th birthday and it was a night out at the Royal Opera. To make it extra special, we added a makeover session as she was keen to learn how to present herself at this age.
Camilla came highly recommended and the makeover was great; my granddaughter learnt a lot and looked beautiful for her night out.
Camilla is very professional, very skilled, knowledgeable and considerate, she even brought a present for my granddaughter's birthday!
My granddaughter was delighted and no doubt we will both see Camilla again.

Just amazing; Camilla was the embodiment of calm as I stressed and worried. She put me at ease before our big event and did my hair and makeup and that of my daughter. Everyone commented on how fabulous it looked. I wish Camilla could make me look like that every day!!! We will definitely book Camilla for our next big event. Thank you Camilla xx

Camilla did the hair and make-up for me, my three bridesmaids and my mother for my wedding. She did an excellent job and we were all really happy with the results. I also enjoyed my trial, where Camilla made me feel very calm and reassured. I would definitely recommend Camilla to other brides!

I’d highly recommend Camilla. My hair and make up looked amazing and was just what I wanted. Camilla is easy going and friendly which really made a difference to how I felt getting ready on my wedding day and from my first enquiry to any follow up questions she was always prompt and helpful in her replies. I especially loved my hair and had lots of lovely comments from people and both my hair and make up lasted all through the day and well into the evening.